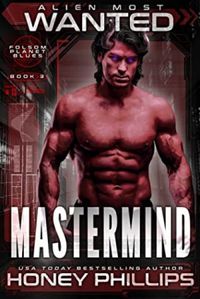 Can an icy alien warrior save the woman who finally thaws his frozen heart?

Sophies life is a mess. Shes broke and on the verge of losing her home. Her former lover - and former boss - wants nothing to do with her or the child growing inside her.

Just when she thinks life cant get much worse, shes kidnapped and transported to an alien prison. When she is presented to a sternly forbidding - and disturbingly attractive - alien lord, she expects the worse. Instead, she discovers a hidden streak of tenderness beneath that icy exterior.

Leavent believes in control. Everything in his life - from his quarters to his relationships - is arranged to his exact specifications. But when his brothers need help, he has no choice except to go to their rescue.

From the moment he arrives on Folsom and discovers his brothers are missing, his restraint starts to slip. But the most unexpected challenge to his formidable control is a beautiful, forbidden, human female.

As more and more secrets are revealed, can he find a way to save Sophie, his brothers and perhaps even himself?