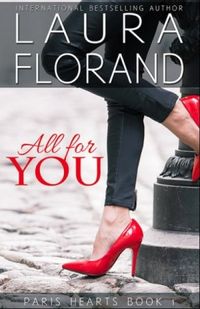 Some crushes arent meant to be

When her older brothers best friend left to join the Foreign Legion, eighteen-year-old Célie moved on to make a life for herself as a Paris chocolatier. Now, five years later, the last thing she needs is another man to mess up her happiness.

But five years in the Foreign Legion is a long time for a man to grow up, and a long time to be away from the woman he loves.

Especially when he did it all for her.

Half strangers, more than friends, and maybe, if Joss Castel has his way, a second chance

Resenhas para All For You (1)