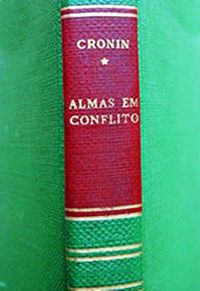 Cônsul americano é transferido para um lugarejo estranho na Espanha. O fato faz com que aumente o seu zelo excessivo com o filho, de saúde abalada. Mas tudo se modifica quando o jardineiro da casa, o José, se aproxima mais intimamente dos dois. |...| [Wikipedia] O Jardineiro Espanhol, adaptado para o cinema em 1956, foi uma telenovela brasileira produzida e exibida pela extinta TV Tupi entre 3 de abril e maio de 1967 às 18:30 horas. Foi escrita por Tatiana Belinky, baseada no romance "Almas em Conflito" de A. J. Cronin e dirigida por Antônio Abujamra. |...| [IMDb Plot Summary] The Spanish Gardener (1956) -- Diplomat Harrington Brande takes up his new post in Spain accompanied by his son Nicholas. The posting is something of a disappointment to the elder Brande who was hoping for a promotion. That his wife had left him seems to have affected his career. Nicholas sees it all as something of an adventure and soon becomes fast friends with the new gardener, Jose. As Nicholas begins to spend more time with Jose, his father takes offense and is concerned at the boy's loss of affection for him, or so he perceives. It leads him to bar Nicholas from even speaking to the gardener. As tensions mount, another servant frames Jose for theft forcing everyone to review the situation. |...|
The Spanish Gardener (1956) -- Based on A.J. Cronins 1950 novel of the same name, The Spanish Gardener is a film about the up and down sides of relationships. Michael Hordern plays Harrington Brande, a diplomat who moves to Spain with his young son Nicholas (Jon Whiteley) following the break up of his marriage. When Brande hires local gardener José (Dirk Bogarde), Nicholas finds a sympathetic friend, unlike his rigid father who then becomes jealous.
The Spanish Gardener was filmed in Gironaon the Spanish Costa Brava at SAgaro in spring 1956. The film was described by Variety magazine as a leisurely told story with colourful Spanish backgrounds.

The scenes showing a game of fronton, a Spanish version of squash, were filmed at the Planassa (explanade) of Palamós, by the port. Here we see Bogarde winning the match for his team much to the chagrin of Hordern, miffed by his sons enthusiasm for José.

The Consuls mansion is Mas Juny at the Platja del Castell, Palamós, owned at the time by industrialist Puig Palau, the same man who convinced Albert Lewin to film Pandora and the Flying Dutchman on the Costa Brava at the beginning of the same decade.

The version of fronton played is in fact the Basque version, with curled wicker racquets, which questions the abilities of the film's researchers. The athletic Bogarde is seen jumping and falling in style, although always with his back to the camera when full strokes are observed, suggesting that a double may have been used.

Also featured in the film are the 18th century Arc de Sant Benet at Sant Feliu and the stone bridge of Girona, dating from 1311. The bridge crosses the river that divides the town, where its painted houses are a well known landmark lining the river. As the new Consul arrives in Girona by train, we see him being driven across the bridge on his way to his residence at San Jorge on the Costa Brava coast.

Why such an isolated place should need a British Consul is never explained, but at least it allows us to enjoy the beautiful clifftop scenery'. [Silver Screen Spain -- English Language Films Made in Spain].