The most famous by far of all twentieth-century political allegories, Animal Farm is the account of a group of barnyard animals who revolt against their vicious human master, only to submit to a tyranny erected by their own kind, can fairly be said to have become a universal drama. Orwell is one of the very few modern satirists comparable to Jonathan Swift in power, artistry, and moral authority; in animal farm his spare prose and the logic of his dark comedy brilliantly highlight his stark message. Taking as his starting point the betrayed promise of the Russian Revolution, Orwell lays out a vision that, in its bitter wisdom, gives us the clearest understanding we possess of the possible consequences of our social and political acts.

Since its publication in 1946, George Orwell's fable of a workers' revolution gone wrong has rivaled Hemingway's The Old Man and the Sea as the Shortest Serious Novel It's OK to Write a Book Report About. (The latter is three pages longer and less fun to read.) Fueled by Orwell's intense disillusionment with Soviet Communism, Animal Farm is a nearly perfect piece of writing, both an engaging story and an allegory that actually works. When the downtrodden beasts of Manor Farm oust their drunken human master and take over management of the land, all are awash in collectivist zeal. Everyone willingly works overtime, productivity soars, and for one brief, glorious season, every belly is full. The animals' Seven Commandment credo is painted in big white letters on the barn. All animals are equal. No animal shall drink alcohol, wear clothes, sleep in a bed, or kill a fellow four-footed creature. Those that go upon four legs or wings are friends and the two-legged are, by definition, the enemy. Too soon, however, the pigs, who have styled themselves leaders by virtue of their intelligence, succumb to the temptations of privilege and power. "We pigs are brainworkers. The whole management and organisation of the farm depend on us. Day and night, we are watching over your welfare. It is for your sake that we drink that milk and eat those apples." While this swinish brotherhood sells out the revolution, cynically editing the Seven Commandments to excuse their violence and greed, the common animals are once again left hungry and exhausted, no better off than in the days when humans ran the farm. Satire Animal Farm may be, but it's a stony reader who remains unmoved when the stalwart workhorse, Boxer, having given his all to his comrades, is sold to the glue factory to buy booze for the pigs. Orwell's view of Communism is bleak indeed, but given the history of the Russian people since 1917, his pessimism has an air of prophecy. 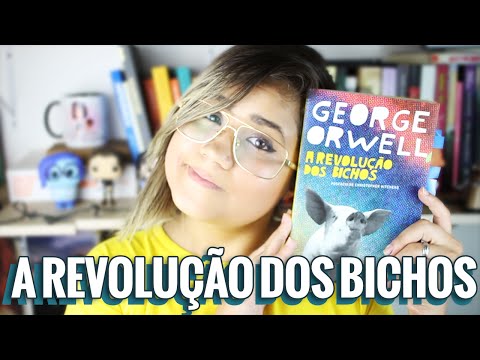 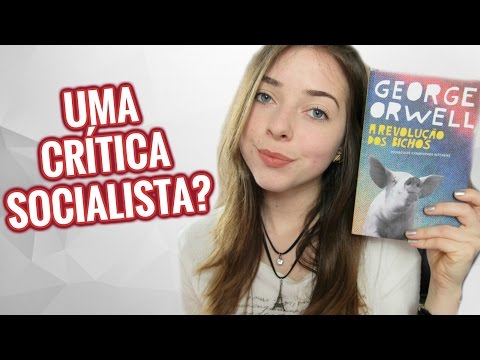 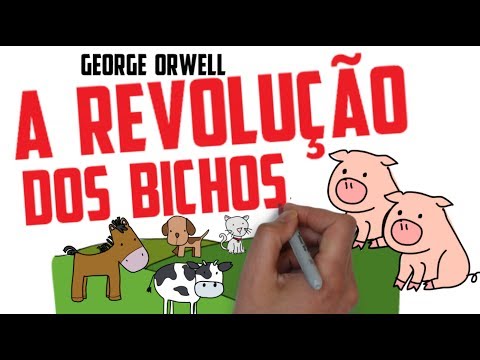