5.0
5 avaliações
LIVROS 7
LEITORES 707
SEGUIDORES 6
Gêneros História | Nascimento: 28/06/1951 | Local: Inglaterra
Roger Crowley was born in 1951 and educated at Cambridge University. As the child of a naval family, early experiences of life in Malta gave him a deep interest in the history and culture of the Mediterranean world. After finishing school he spent his summers pottering in Greece; after university the Mediterranean took a firmer hold with a year spent on and off teaching English in Istanbul, exploring the city and walking across much of Western Turkey. In recent years he has made return trips to the Greek-speaking world, including two visits to Mount Athos, spiritual home of the Byzantine tradition. His writing interests are focused on producing page-turning narrative history based on first-hand eyewitness accounts. He is the author of a loose trilogy of books on the history of the Mediterranean, Constantinople: The Last Great Siege/1453 (2005), Empires of the Sea (2008)  a Sunday Times (UK) History Book of the Year in 2009 and a New York Times Bestseller  and City of Fortune on Venice (2011), as well as Conquerors (2015), a rare break out into the Atlantic with the Portuguese.
ver mais
Livros publicados por Roger Crowley (7) ver mais 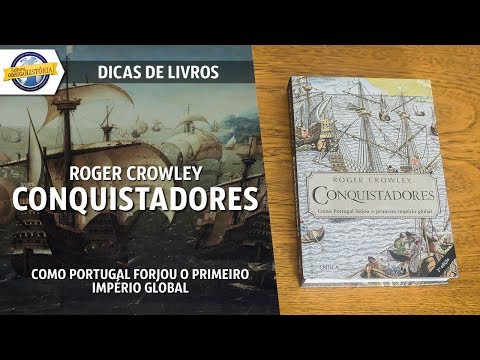