4.0
3 avaliações
LIVROS 12
LEITORES 10.880
SEGUIDORES 8
Gêneros Ficção,Jovem adulto | Local: Estados Unidos - Nova Iorque
Carolyn Macklers latest novel for teens, Infinite in Between, has garnered several starred reviews. She is also the author of the popular YA novels, The Earth, My Butt, and Other Big Round Things (A Michael L. Printz Honor Book), Tangled, Guyaholic, Vegan Virgin Valentine, and Love and Other Four-Letter Words. Carolyns novel, The Future of Us, co-written with bestselling author Jay Asher, received starred reviews and appeared on bestseller lists. Her first middle grade novel, Best Friend Next Door, came out in 2015. Carolyns books have been published in more than twenty countries, including the United Kingdom, Australia, Germany, France, Italy, Korea, the Netherlands, Denmark, Israel, and Indonesia.

Carolyn lives in New York City with her husband and two young sons.

I was born in Manhattan, on Friday, July 13, 1973. When I was one, my parents moved us from Greenwich Village to Syracuse and then to Brockport, which is a small village in Western New York (and the setting for many of my novels and stories). I did K-12 at Brockport Central School District. Things were okay from kindergarten through fourth grade, when I lived in a creative oblivion, building tree forts, riding my bike, raising various animals, and starting a newspaper with my best friend.

From the beginning, I loved to read and write. When I was four, I would tell stories into a tape recorder. I also dictated knockoff Richard Scarry stories to my mom. Shed write down my words, Id color the pictures, and then shed stitch them together. I read obsessively. My first real chapter book was The Wizard of Oz by L. Frank Baum. From there, I read every book I could get my hands on  the Beverly Cleary books, the Judy Blume books, The Great Gilly Hopkins, Tuck Everlasting, The Witch of Blackbird Pond, The Girl with the Silver Eyes, Homecoming, the Great Brain books. Sometimes I felt like I inhabited those worlds more than my own. But it was okay. In elementary school, people didnt catch on that I lived in fiction more than reality.

In fifth grade, everything changed. I was going through this phase of wearing plaid boarding-school dresses, my hair in long braids and ribbons. But suddenly, as if there were a special summit to which I was not invited, all the other girls started wearing cute lavender tops, designer jeans, feathered hair. I was still playing with dolls  and they were spending their time gossiping, whispering, and clustering together in the school yard. It was official: I was a misfit.


Needless to say, junior high was tough. It helped that my parents loved me even though sometimes, at home, I wore a straw flowerpot on my head. Also, I had a best friend, Stephie, who lived three doors down. Stephie was a year younger than me, so we werent together in school. But the second we got home, we were inseparable. We played violin together. We wrote notes on balloons and released them in a giant field near our houses. We took vacations with each others families. Sometimes, on a warm summer morning, Id carry my cereal through the two backyards separating our houses, and Stephie and I would eat breakfast together. Even though my school life was awful, my home life was happy, much thanks to Stephies friendship.

Things got better in high school. Stephie started hanging around with some boys. That meant, by default, I got to hang around them, too. My parents took me on a shopping spree and I picked out clothes that might help me fit in a little better. I joined ski club. I got my first boyfriend. I became obsessed with George Michaels Faith. I started putting together a group of friends and, at some point along the way, my confidence bounced back from its all-time junior high low. Sophomore year, I made friends with Jen, who had long blond hair and drove a black Trans Am. Senior year, I met a rock star on an airplane and he wrote a song for me. I got cast in the school musical. I fell in love for the first time and, yes, I had my heart broken for the first time, too.

Even so, I was still haunted by feelings of being a misfit. Things looked okay on the surface, but I often felt like no one really understood what was going on in my head. Thats where I turned to young adult novels. I read and re-read all the Judy Blume books. I read A Summer to Die so many times I can still remember passages by heart. I devoured every other book by Lois Lowry. I loved the M.E. Kerr books because the characters often seemed so alone and I could relate to that. And the Norma Klein books. And, actually, every other YA novel I could find in the Seymour Library.

People often ask me now why I write novels for teenagers. Lots of reasons. One of the biggest reasons is that I honestly believe that, along with certain friendships, I was saved by the books I read during those years. They spoke to me in a way that nothing else did. They helped me feel less alone. They made me laugh. They made me feel like there was a world bigger than my high school.

I went to Vassar College and majored in Art History. I worked in a café on campus, which I loved. It meant I could get all the free coffee I could possibly want. The summer after my freshmen year, I went bicycling through Europe with a friend. The summer after my sophomore year, while I was on a hiking trip in Utah, my parents split up. I got the news when I called them from a hotel in Salt Lake City. I remember sitting on the staircase, sobbing, feeling like my childhood was over. I started out junior year lost and confused, but then I spent a semester in Paris, where I met Jenny, one of my best friends in the world. Jenny and I spent five months talking nonstop and, by the time I returned to the United States, I was a new person. As I said, friendships have saved my life, over and over again.

After I graduated from college, I had no idea what to do with my life. Id been keeping a journal since I was fourteen, and Id also begun writing poetry and short stories. So I thought maybe Id like to write novels. But how do you even begin? Jenny told me she was going to move to Seattle and get a job at a restaurant and experience real life a little bit. I decided to follow her. I bought a used seafoam green Toyota Tercel and drove cross-country by myself, camping and staying in youth hostels the whole way across. Jenny and I got an apartment and jobs in Seattle, but after a few months, I was restless. I missed the east coast.

I drove back to New York City that December. It was cold and gray and wet. I put together a resume. I went on job interviews. No one would hire me. I temped for a lawyer. I sealed envelopes for a nonprofit organization. I slept on my moms futon and pounded the pavement, hoping something would click. Finally, the following spring, I landed an internship at Ms. Magazine. From there, I began learning about the writing business. I wrote some (very small) articles. And, over the next few years, I wrote larger articles for magazines. All along, I still wanted to write YA novels. I signed up for a class at NYU called Beginning Your Novel. It was in this class that I began a first draft of Love and Other Four-Letter Words. For the next year and a half, as I struggled to pay rent by writing magazine articles, I worked on this story whenever I could.

And then, suddenly, things started happening. I met Judy Blume, who became my mentor and, even now, a very close friend. I got an agent. My agent sold Love and Other Four-Letter Words to Random House Childrens Books! I cant even begin to describe how much I began hyperventilating when I heard the news. Love and Other Four-Letter Words came out the same year I began dating Jonas.

A few years later, Jonas and I got married AND my second book came out. The Earth, My Butt, and Other Big Round Things went on to win a Printz Honor (insert more hyperventilating here). The following year, I published Vegan Virgin Valentine, and our beautiful son was born a few months after that. It took me a while to figure out how to write and be a mom at the same time, but finally I (somehow, sort of) achieved a balance and Guyaholic came out. My second son was born and then my fifth novel for teenagers, Tangled, came out six weeks later. Jonas called these two events my dual births. Somehow, in the midst of raising two kids and being my usual overextended self, I co-wrote a bestselling novel with Jay Asher, the author of Thirteen Reasons Why. We had an amazing time writing The Future of Us. Co-writing was key here because whenever I finished my chapter I had a few days off while Jay wrote his (insert sleep here).

My first middle grade novel, Best Friend Next Door, recently came out. In this novel, I was finally ready to return to fifth grade with all its high and lows. Its evident in the title, but friendship (best friendship) is central in this book. Also, my latest YA novel is now out in paperback! Im so, so excited about people reading Infinite in Between. This is a novel that is close to my heart in so many ways.

My life now is relatively calm. I live with my husband and our sons in a lovely apartment in Manhattan. Every morning, Jonas goes to work, our sons go to school, and I make a huge cup of coffee and work on my next story. My desk is situated in a corner of our bedroom, near the windows. As Im writing, I often rotate my chair toward the windows, which overlook the rooftops and water towers of the Upper West Side. Im still enchanted by New York City and how, in this city of misfits, Ive finally found a place where I belong. 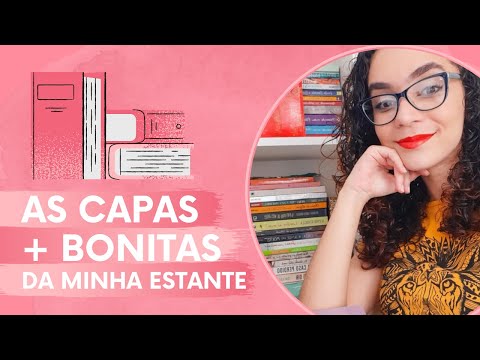 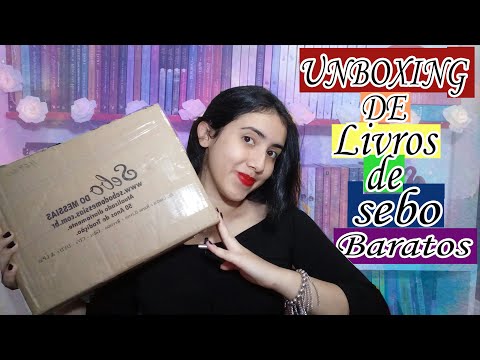