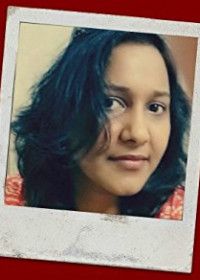 Her heroines are sometimes smart badasses and sometimes shy geeks but all of them find the perfect hero.

Because every heroine deserves a love story!

Tara lives in Texas with her very own Hero (whos kind of a mix of Alpha and Beta and is perfect) and two Heroines-in-making. When she isnt writing or reading, Tara can be found failing in the kitchen, binge-watching her favorite shows on NetFlix, or making resolutions in her pretty planner to exercise more, or even a little.


Frequently Asked Questions About The Books

Will there be a book about Valentina Conti ( Leandro and Luca's sister from The Legendary Conti Brothers) and her husband Kairos Constantinou whom she walked out on?
Yes, as of March 2017, I'm writing that book and it should be out some time next year. And yes, Tina brings Kairos to his knees and man, oh she does it.
Frequently Answered Questions about Tara (AKA Questions I want to answer but no one really asked)

Did you always know you'd be a writer when you grew up?
A voracious reader in two languages for as long as I remember, I'd have to say nope. But while I'm not a true believer in fate or destiny, I'd have to admit that everything I've done in life seemed to have led me here.

I grew up in a household full of books from an biography on Marilyn Monroe to the Mahatma's own 'My Experiments With Truth' and everything in between (The Full Sherlock Holmes Series - yes, The Mahabharata in three languages - yes, A Janet Dailey romance - oh yes) and my father had been a writer as well as my grandfather before me, I never thought I would write stories for a living.

I was a STEM girl all the way, with an engineering degree and then two masters degrees. As will be somehow of my heroines! :)

How did you go from STEM to Sexy Romances?
Growing up, Tara can't remember a moment when she wasn't lost in romance which provided so much more excitement than the workings of an internal combustion engine. It was only years later, while struggling with her 200 page thesis on Carbon Nano-Tubes in a basement lab that Tara realized what she really wanted to do- write a romance novel.

Why are your characters multicultural?
Ummm...probably because when I look out from my window into the world, that's what I see. I see love stories that come in every shape, size and color and I want my writing to reflect the world I see.

Will you every write anything other than just love stories?
First of all, I'd be perfectly happy to write just love stories for the rest of my life. We all need more love in the world. Having said that, I've WIPs (Works-in-Progress) that are a mystery series set in a small village in India, a High Fantasy series set in a mythical world, and a Middle Grade series. Now, whether these will ever see the light of the day depends on if I can do justice to the story in all of them.

And yes, they all also have some kind of love stories in them too.