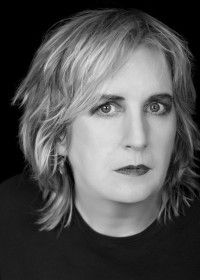 0.0
0 avaliações
LIVROS 3
LEITORES 62
SEGUIDORES 2
Gêneros Suspense e Mistério | Local: Estados Unidos
Alice Blanchard is an award-winning author. Her short story collection The Stuntmans Daughter won the Katherine Anne Porter Prize for Fiction. She has received a PEN Syndicated Fiction Award and a New Letters Literary Award.
Her thriller The Breathtaker was the official selection of NBCs Today Show Book Club, presented by bestselling author Jacquelyn Mitchard. Her debut novel Darkness Peering was a New York Times' Notable Book. Film rights to Darkness Peering and The Breathtaker were optioned by Hollywoods Anonymous Content and John Wells Productions. Her work has been published in 16 countries.
Alice grew up in Connecticut, where she drew inspiration from New Englands thick morning mists and mythic woods. Her father was a well known sculptor and painter. Her mother and sister are poets and her brother is a screenwriter working in Los Angeles. Her husband is a photographer, writer, curator and musician.
Blanchards new psychological thriller, A Breath After Drowning, is out now.
My goal is to write fiction that marries the sweeping scope of the thriller with the more personal epiphanies of the short story."