5.0
1 avaliações
LIVROS 2
LEITORES 387
SEGUIDORES 1
Gêneros Romance, Drama | Nascimento: 02/11/1965 | Local: Estados Unidos - Nova York - Nova York
Laura Victoria Albert (born November 2, 1965) is the author of writings credited to the fictional teenage persona of JT LeRoy, a long-running literary hoax in which LeRoy was presented to the public and publishers as a transgender, sexually questioning, abused, former homeless drug addict and male prostitute. Albert was raised in Brooklyn, and she and her former partner Geoffrey Knoop have a young son. She has also used the names Emily Frasier and Speedie.
In a New York magazine article in October 2005, Stephen Beachy suggested that LeRoy was a literary hoax created by Albert.[1] Beachy suggested that Albert was not only LeRoy's friend Emily Frasier, but also Speedie, LeRoy's street-hustling friend, as well as LeRoy himself. Albert has since confirmed that she is the writer behind the LeRoy books.
Investigation showed that the advance for LeRoy's first novel, Sarah, was paid to Laura Albert's sister, JoAnna Albert, and that further payments to LeRoy were made to a Nevada corporation, Underdogs Inc., whose president is Carolyn F. Albert, Laura Albert's mother.
The New York Times published an article about Disneyland Paris with the JT LeRoy byline in the Sunday magazine T:Travel supplement in September 2005.[2] After the publication of the New York article, the Times found that expense receipts included an Air France itinerary for three people instead of the four described in the article. Employees at Disneyland Paris and two Paris hotels confirmed that the person claiming to be JT LeRoy matched photographs of Laura Albert, who told the employees she was traveling with her husband and son. She told hotel employees who thought JT LeRoy was male that she was a transsexual woman who had sex reassignment surgery three years earlier.
A 9 January 2006 article in the New York Times gave evidence that the role of LeRoy was played publicly by Savannah Knoop, the half-sister of Albert's partner.[3] Geoffrey Knoop later stated Albert was the author of the JT LeRoy works.[4][5] Albert explained the circumstances of JT's existence in a Fall 2006 Paris Review interview with Nathaniel Rich.[6]
In June 2007, Albert was sued by Antidote International Films Inc. for fraud, which claims that a contract signed with JT Leroy to make a feature film of Sarah is null and void.[7] On June 22, 2007, Laura Albert was found guilty of fraud by a Manhattan jury, and ordered to pay $110,000 to Antidote, as well as an extra $6,500 in punitive damages.[8]
In August 2008, the Authors Guild released an amicus brief in regards to the trial verdict, supporting Laura and opposing the jurys decision, stating that the decision will have negative repercussions extending into the future for many authors. The right to free speech, and the right to speak and write anonymously are rights protected by our Constitution, and the district court's decision which holds that Laura Albert's use of pseudonym breached the Option and Purchase Agreement, is one that will have a chilling effect upon authors wishing to exercise their right to write anonymously. They go on to request that the court reverse the decision in regards to a breach of contract.
According to the Amicus Brief, Albert's "reveal" by the New York Times raises into question the extent to which an author can maintain not only a pseudonym in his/her byline, but also to create an embodiment and persona to claim authorship to the work. Albert said in a 2006 interview in The Paris Review that she was able to maintain her voice and perspective by remaining in the shadows: "I could get what I wantedconnecting with otherswithout having to be the focus of attention."
Albert did not publish her writing as "memoir" - she published her writing as "fiction." Although fans may have felt betrayed by the lack of authenticity when it was revealed that she was female and over 20 years older than her main character, there is a legacy of female authors using male pseudonyms for the sake of their work, including the Brontë Sisters and Louisa May Alcott.
Albert attests that she could not have written from raw emotion without the right to be presented to the world via JT Leroy, who she calls her phantom limb - a style of performance art she had been undertaking to deal with experiences even as a little girl, according to a 2006 interview in the Paris Review.
In November 2010, Laura Albert appeared at The Moth to tell her story on video.
In August 2011, there was a window installation about Laura Albert at Artists' Television Access. 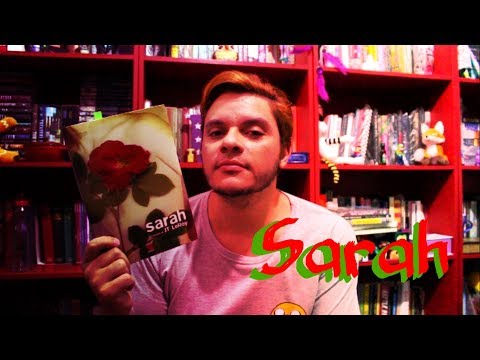