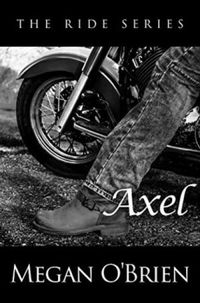 More than a year ago, Sophie disappeared without a trace. When she turns up again, she's a different woman with one big secret and Axel will stop at nothing to make her his.

Sophie was once afraid of the world. In her time away she's learned a hell of a lot except to rely on anyone other than herself.

When Axel comes careening back into her life he demands just that and so much more.

He won't take no for an answer.

As the threats build from all sides Axel will stop at nothing to protect those he loves.

This is the story of Sophie and Axel. The third installment in the Ride Series.