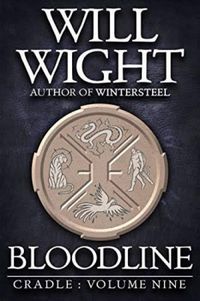 In the years since Lindon left Sacred Valley, he has attained power beyond anything his family thought possible. Now hell have to put those powers to the test, because a Dreadgod is on its way.

Lindon and his allies set out to evacuate the valley before the arrival of the Wandering Titan, but their sacred arts are weakened by an ancient curse. Theyll have to persuade the squabbling inhabitants of Sacred Valley to leave behind their home and set off into the outside world.

But it has been a long time since Lindon left, and more has changed than he realized.

He has always sought power to save his familybut now he might be too late.