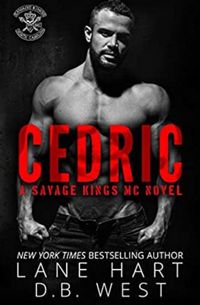 Everything changed two years ago.

Evelyn Young was only eighteen when she agreed to marry an outlaw biker. There was no other way for her to pay the medical bills her mother was accruing, so she said goodbye to her longtime best friend Cedric Crawford and ran away with the bad boy.

Not a day goes by that Evelyn doesnt miss her old life with Cedric. The only way she survives with an abusive spouse is by reminding herself that her mother is still thankfully fighting for her life.

Evelyn never thought she would ever see Cedric again; but while she was busy popping pills to stay numb, Cedrics been making plans.

When Cedric finally comes back into Evelyns life, hes no longer the sweet, innocent boy she left behind. Hes a heck of a lot bigger with sexy tattoos and a brand-new leather cut  a symbol of the badass man hes become.

Not a man but a Savage King.

And a King will do whatever it takes to save his Queen.