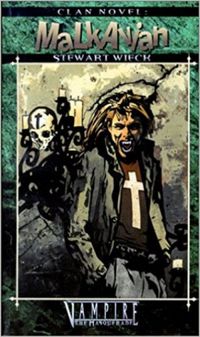 
Some Kindred believe the Malkavians mad pretenders to authentic visions. Other Kindred believe it mad to pretend that Malkavian visions bear no truth. Among all Malkavians, Anatole is most infamous for his apocalyptic insights. As he follows the path of Leopold, does he take strides toward the end of all Kindred?