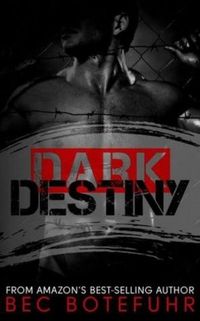 You were with Willow and Jagger when they found their happily ever after in Dark Endings. You felt their love. You felt their relief, but what you didn't feel, was the pain they left tucked inside.

Jagger killed his own father, he suffered on an island alone being forced to fight to save his life. Now, the memories are catching up on him. The reality is haunting him. He's becoming numb. He's struggling to move on.

Come on this final journey between the two, and watch how they piece their lives back together for a final time.

G'day, I'm Bec Botefuhr and I'm a 25 year old Aussie girl. I love writing, I love horses, I love the outback. I am Australian born and bred and proud! I came up with my books from dreams and I love each and every one of them, I know my characters and I live them ea...