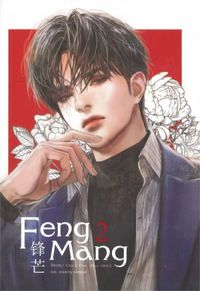 Han Dong works as an extra as well as a fortuneteller who foretells marriage fortunes extremely accurately. One day, he accidentally foretells his own fortune and discovers that he and a Mr. Golden will become "a match predestined by fate". As a straight man, he doesnt hesitate to ruin his image in front of Mr. Golden --- acting as a fool, a despicable man, making himself as annoying as possible because he is afraid that the other man will take a liking to him.

Did you think that this golden man would fall for him? You're wrong.

Han Dong tosses from side to side but unexpectedly becomes tempted, he begins to use thousand ways, a hundred plans in order to rescue the situation. As a result of his acting skills before, his foolish image already entered deeply into the man's heart......

Zhu Wen Jiao (朱文娇, Nickname:- Chai Ji Dan, 柴鸡蛋) is an ethnic Taiwanese writer, whose writings are based on gay novels and novel-based series Addicted and Advanced Bravely are very popular in Asia. She is not only a writer, ...