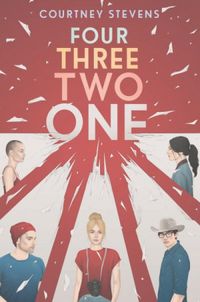 Golden Go Jennings wasnt supposed to be on Bus 21 the day it blew up in New York City. Neither was her boyfriend, Chandler. But they were. And so was Rudy, a cute stranger whom Go shared a connection with the night before. And Caroline, a girl whose silence ended up costing nineteen people their lives.

Though its been almost a year, Go is stuck in the memory of that day. She needs to talk about what happened and would like it to be with Chan, but hes completely shut himself off to what happened and what Go needs to move on from it. Then she makes contact with Rudy. Just like that, she again finds herself connecting so easily (and guiltily) to him.

Talking to another survivor has opened up a small window of healing in an otherwise stifling nightmare of memories. So she makes an impulsive decision: take her Grans truck and her best friend Becky, road trip to Florida to pick up Rudy and Caroline, and, somehow along the way, convince Chan to join them. Their destination? New York City to board an art installation made of the charred remnants of Bus 21.

But things are never easy when it comes to healing. Uniting the four stirs up conflicting feelings of love, anger, and forgiveness. And secrets. Secrets that answer long-awaited questions. Secrets that dig schisms. Secrets that just may save these survivorsfrom themselves and the guilt that plagues them.