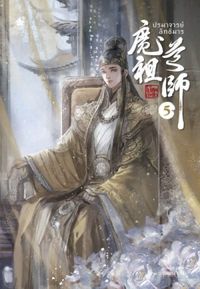 As the grandmaster of demonic cultivation, Wei Wuxian roamed the world, hated by millions for committing acts of necromancy. Overthrown by the powerful clans he had attempted to subjugate, Wei Wuxian is supposedly killed by his shidi in order to save the cultivation world.

Restored to life in the body of Mo Xuanyu, the local cut-sleeve lunatic, in order to exact revenge on his abusive relatives, Wei Wuxian quickly finds himself spiralling back into his old life when he's taken away by the cold-hearted, stern, and ultimately quite boring Lan Wangji - who might be harbouring warmer feelings than contempt. Perhaps of the... romantic kind?

But despite his new beginning, Wei Wuxian begins to unravel a decade and a half long mystery that is set to undo the very fabric of the cultivation world as they know it.

A mysterious, action-packed thriller of a ride, this is a journey you won't want to miss!