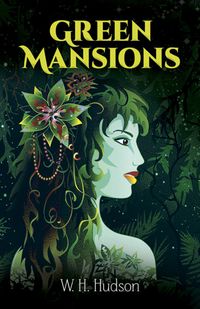 A failed revolutionary attempt drives the hero of Hudson's novel to seek refuge in the primeval forests of south-western Venezuela. There, in the 'green mansions' of the title, Abel encounters the wood-nymph Rima, the last survivor of a mysterious aboriginal race. The love that flowers between them is soon overshadowed by cruelty and sorrow... One of the acknowledged masters of natural history writing, W. H. Hudson forms an important link between nineteenth-century Romanticism and the twentieth-century ecological movement. First published in 1904 and a bestseller after its reissue a dozen years later, Green Mansions offers its readers a poignant meditation on the loss of wilderness, the dream of a return to nature, and the bitter reality of the encounter between savage and civilized man.