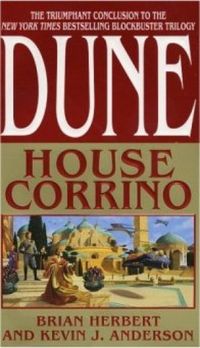 The Emperor Shaddam Corrino tries to grasp greater power than any emperor before him and to rule the Million Worlds solely according to his whims. On the captured planet Ix, the research Shaddam directs into the creation of a synthetic spice, amal, that will make him all-powerful spirals out of control, putting the entire civilization at risk. Meanwhile, the enslavers of Ix must contend with threats from exiled Prince Rhombur Vernius, who wishes to rule the planet instead. Tumultuous times are also in store for the Bene Gesserit Sisterhood, whose breeding plan has been thrown off course one generation shy of its end. Tension between the houses Atreides and Harkonnen builds to a dramatic showdown.