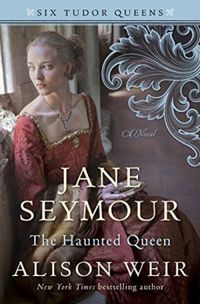 Ever since she was a child, Jane has longed for a cloistered life as a nun. But her large noble family has other plans, and as an adult, Jane is invited to the Kings court to serve as lady-in-waiting to Queen Katherine of Aragon. The devout Katherine shows kindness to all her ladies, almost like a second mother, which makes rumors of Henrys lustful pursuit of Anne Boleynalso lady-in-waiting to the queenall the more shocking. For Jane, the betrayal triggers memories of a hauntingl incident that shaped her beliefs about marriage.

But once Henry disavows Katherine and secures Anne as his new queenforever altering the religious landscape of Englandhe turns his eye to another: Jane herself. Urged to return the Kings affection and earn favor for her family, Jane is drawn into a dangerous political game that pits her conscience against her desires. Can Jane be the one to give the King his long-sought-after son, or will she be cast aside like the women who came before her?