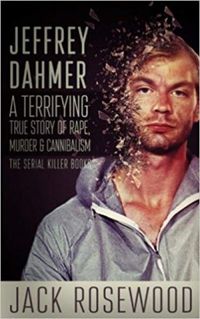 Few serial killers in history have garnered as much attention as Jeffrey Lionel Dahmer. Although Dahmer killed seventeen young men and boys, it was not so much the number of people he killed that makes him stand out among famous serial killers, but more so the acts of depravity that he committed on the corpses of his victims. In this true crime story you will read how Dahmer transitioned from a loner to serial killer, committing numerous unnatural acts along the way such as necrophilia and cannibalism. Following in the macabre tradition of another infamous Wisconsin serial killerEd GeinJeffrey Dahmer terrorized Milwaukee for most of the 1980s until he was finally captured in 1991.

Perhaps one of the most frightening aspects of Jeffrey Dahmers serial killer career was how easy he was able to lure his victims into his trap. Dahmer possessed above average intellect, was conventionally good looking, and usually had a calm demeanor that could disarm even the most paranoid of people. Because of these traits, Dahmer was able to evade justice numerous times, which allowed him to keep killing. Truly, Dahmer was able to fool his family, the police, his neighbors, and even the judicial system into believing that he was not a threat; but during the entire time his kill count increased and the body parts of his victims began to pile up around his apartment.

Open the pages of this book to read a story that is among the most disturbing of all true crime serial killers. You will follow the course of Dahmers life from an alcoholic outcast in high school to a vicious predator who stalked the streets of Milwaukee. Finally, you will read about Dahmers trial, his jail house murder, and the impact that his many crimes had on Milwaukee.