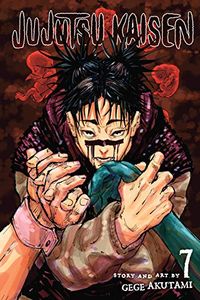 The Origin Of Obedience

The Origin Of Obedience

Yuji Itadori is resolved to save the world from cursed demons, but he soon learns that the best way to do it is to slowly lose his humanity and become one himself! In a world where cursed spirits feed on unsuspecting humans, fragments of the legendary and feared demon Ryomen Sukuna were lost and scattered about. Should any demon consume Sukunas body parts, the power they gain could destroy the world as we know it. Fortunately, there exists a mysterious school of Jujutsu Sorcerers who exist to protect the precarious existence of the living from the supernatural! Despite the injuries and losses they suffer in an attack on the Goodwill Event by Curses and Curse Users, the students of Jujutsu High have little time rest as people start going missing under mysterious circumstances. Could these strange disappearances have anything to do with Sukuna's lost fingers?