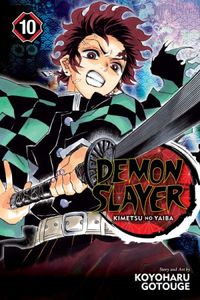 Despite some comic misunderstandings that almost blow their cover, Tanjiro, Inosuke and Zenitsu smoke out Daki, a demon that has been devouring the residents of the entertainment district for years. The Hashira Tengen Uzui and his ninja companions engage Daki, but if they cannot handle her, will Tanjiro and his friends be able to take on one of Kibutsujis Upper-Ranked demons by themselves?