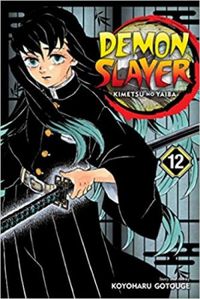 For the first time in over 100 years, the upper ranks of Muzan Kibutsujis Twelve Kizuki are not full. Angered, Muzan dispatches the survivors on another mission. Elsewhere, Tanjiro journeys to a village of swordsmiths and has to explain how his sword was so badly damaged to Haganezuka, the smith who made it. While Tanjiro waits for his sword to be repaired, enemies close in...