Kingdom of Ash (Throne of Glass #7)

Captured by the Queen of the Fae, Aelin is trapped inside an iron box in a secret location, with seemingly no hope for escape. As she endures months of torture, her friends scatter to different fates. Without Aelin to protect them, soldier Aedion and shapeshifter Lysandra need to defend their homeland at all costs. Also left to forge their own paths in order to change history are Chaol, the witch Manon, and the golden boy Dorian-while Aelin's mate, the fae male Rowan, searches the world over for his lost love.

As Aelin gathers the strength to save herself and fight the ultimate battle of her life, all of their destinies hang in the balance. Some ties will bond even tighter together, others will be severed forever, and mysteries will be revealed in this action-packed, heart wrenching series finale. 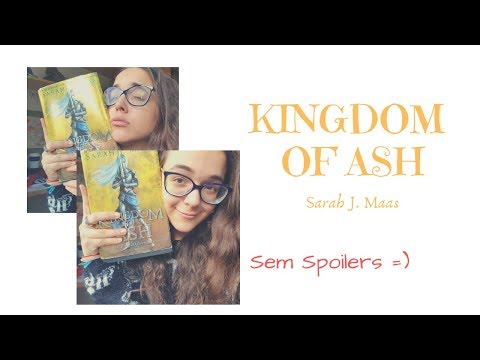