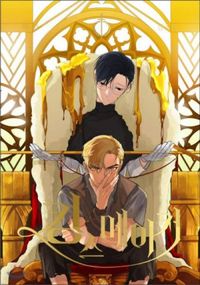 
Wolfgang Goldenleonard, the 4th Prince of the kingdom, returns to the palace after years of living in hiding. He rejects everything about his new royal life, but is intrigued by the mysterious and dutiful Shin Soohyuk, a catamite of the King. As Wolfgang slowly opens up and learns the ways of the palace, Soohyuk begins to see something special about the wild, unkempt, and stubborn young prince. He might just be the one Soohyuk has been waiting for: the one who will light the flames of rebellion.