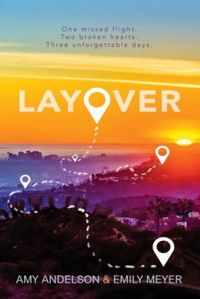 FLYNN: At first we were almost strangers. But ever since I moved to New York, Amos was the one person I could count on. And together we were there for Poppy. (I mean, what kind of parents leave their kid to be raised by a nanny?) I just didn't expect to fall for him--and I never expected him to leave us.

AMOS: I thought I was the only one who felt it. I told myself it was because we were spending so much time together--taking care of Poppy and all. But that night, I could tell she felt it, too. And I freaked out--you're not supposed to fall for your stepsister. So I ran away to boarding school. I should have told her why I was leaving, but every time I tried, it felt like a lie.