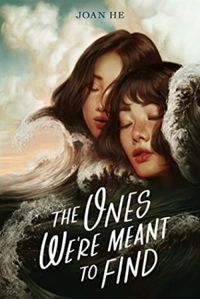 The Ones We're Meant To Find

The Ones We're Meant To Find #1

Cee awoke on an abandoned island three years ago. With no idea of how she was marooned, she only has a rickety house, an old android, and a single memory: she has a sister, and Cee needs to find her.

STEM prodigy Kasey wants escape from the science and home she once trusted. The MetropolisEarth's last unpolluted placeis meant to be sanctuary for those commited to planetary protection, but its populated by people willing to do anything for refuge, even lie. Now, she'll have to decide if shes ready to use science to help humanity, even though it failed the people who mattered most.

Resenhas para The Ones We're Meant To Find (1)