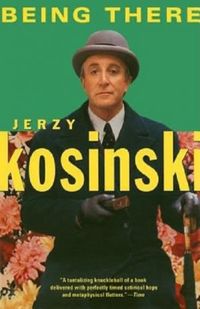 Being There Jerzy Kosinski

A modern classic now available from Grove Press, Being There is one of the most popular and significant works from a writer of international stature. It is the story of Chauncey Gardiner - Chance, an enigmatic but distinguished man who emerges from nowhere to become an heir to the throne of a Wall Street tycoon, a presidential policy adviser, and a media icon. Truly "a man without qualities," Chance's straightforward responses to popular concerns are heralded as visionary. But though everyone is quoting him, no one is sure what he's really saying. And filling in the blanks in his background proves impossible. Being There is a brilliantly satiric look at the unreality of American media culture that is, if anything, more trenchant now than ever. |...| "BEING THERE is one of those rare books which echoes in the mind long after you have finished it. It will survive as a seminal work of the Seventies."