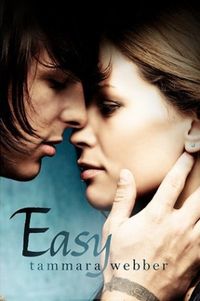 Contours of the Heart # 1

Easy (Contours of the Heart #1)

When Jacqueline follows her longtime boyfriend to the college of his choice, the last thing she expects is a breakup. After two weeks in shock, she wakes up to her new reality: she's single, attending a state university instead of a music conservatory, ignored by her former circle of friends, stalked by her ex's frat brother, and failing a class for the first time in her life.

Her econ professor gives her an email address for Landon, the class tutor, who shows her that she's still the same intelligent girl she's always been. As Jacqueline becomes interested in more from her tutor than a better grade, his teasing responses make the feeling seem mutual. There's just one problemtheir only interactions are through email.

Meanwhile, a guy in her econ class proves his worth the first night she meets him. Nothing like her popular ex or her brainy tutor, Lucas sits on the back row, sketching in a notebook and staring at her. At a downtown club, he disappears after several dances that leave her on fire. When he asks if he can sketch her, alone in her room, she agreeshoping for more.

Then Jacqueline discovers a withheld connection between her supportive tutor and her seductive classmate, her ex comes back into the picture, and her stalker escalates his attention by spreading rumors that they've hooked up. Suddenly appearances are verything, and knowing who to trust is anything but easy.