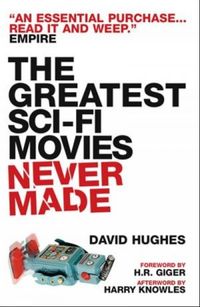 The Greatest Sci-fi Movies Never Made

What if I Am Legend had been directed by Ridley Scott, and had starred Arnold Schwarzenegger? What if James Cameron had directed Spider-Man?

This groundbreaking book, now fully updated and revised, tells the story of legendary unmade films. What would Terry Gilliams Watchmen have been like, and how did Darren Aronofsky almost end up directing the movie? Why was Nicolas Cage paid $20 million for not playing Superman?