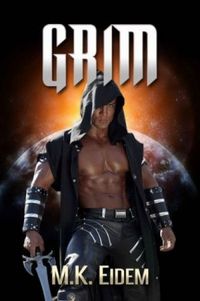 
King Grim Vasteri is the strongest, most feared warrior in the Tornian Empire. He has been sent by his Emperor to find and retrieve compatible females for their dying civilization. Lisa is a widowed mother of two little girls who finds herself and her daughters suddenly in high demand. Will the most feared warrior in the Empire keep and protect them? Or will he allow another to claim them?