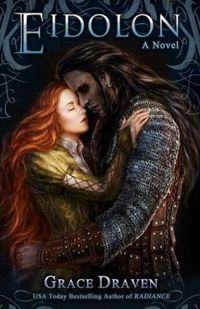 **Sequel to RADIANCE and Book #2 in the Wraith Kings series**

In a bid for more power, the Shadow Queen of Haradis, unleashes a malignant force into the world. Her son Brishen, younger prince of the Kai royal house, suddenly finds himself ruler of a kingdom blighted by darkness. His human wife Ildiko must decide if he will give up the man she loves in order to save his throne.

A tale of alliance and sacrifice.

I'm an author and Louisiana native living in Texas with my husband, three smalls and a big doofus dog. I have lived in Spain, hiked the Teton Mountains, honeymooned in Scotland, ridden in competition rodeo and am the great great granddaughter of a Nicaraguan presid...