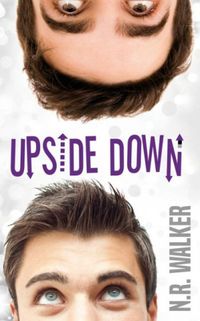 Jordan ONeill isnt a fan of labels, considering he has a few. Gay, geek, librarian, socially awkward, a nervous rambler, an introvert, an outsider. The last thing he needs is one more. But when he realises adding the label asexual might explain a lot, it turns his world upside down.

Hennessy Lang moved to Surry Hills after splitting with his boyfriend. His being asexual had seen the end of a lot of his romances, but hes determined to stay true to himself. Leaving his North Shore support group behind, he starts his own in Surry Hills, where he meets first-time-attendee Jordan.

A little bewildered and scared, but completely adorable, Hennessy is struck by this guy whos trying to find where he belongs. Maybe Hennessy can convince Jordan that his world hasnt been turned upside down at all, but maybe its nowfor the first time in his lifethe right way up.