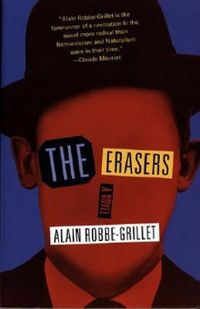 Alain Robbe-Grillet is internationally hailed as the chief spokesman for the noveau roman and one of the great novelists of the twentieth century. The Erasers, his first novel, reads like a detective story but is primarily concerned with weaving and then probing a complete mixture of fact and fantasy. The narrative spans the twenty-four-hour period following a series of eight murders in eight days, presumably the work of a terrorist group. After the ninth murder, the investigation is then turned over to a police agent, who may in fact be the assassin.

Both an engrossing mystery and a sinister deconstruction of reality, The Erasers intrigues and unnerves with equal force as it pull us along to its ominous conclusion.