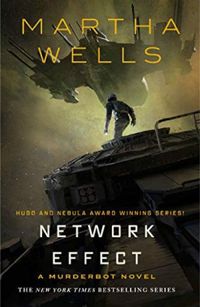 Im usually alone in my head, and thats where 90 plus percent of my problems are.

It calls itself Murderbot, but only when no-one can hear. Its a private joke. Funny.

It doesnt care, it tells itself, and its attachment to the humans around it is merely professional obligation.

It tries to never drop the F-bomb.

So, when its human associates (not friends, never friends) are captured and another not-friend from its past requires urgent assistance, Murderbot must choose between inertia and drastic action.

Drastic action it is, then.