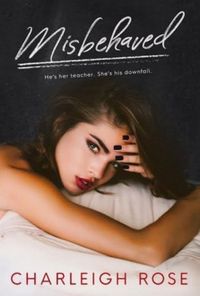 Remington Stringer has never been like most girls. Shes outspoken, brazen and wants nothing more than to escape the Nevadan hell hole that she calls home.

On the brink of eighteen, with a deceased mother and a well-meaning, yet absent father, she is forced to fend for herself. The only person shes ever had to depend on is her borderline obsessive stepbrother, Ryan. But, what used to be her anchor is quickly becoming a loose cannon.

When Remi gets the opportunity to attend the best private school in the state during her senior year of high school, she jumps at the chance. Then she meets Mr. James. Ornery, aloof, and totally irresistible.

Most girls would swoon in secrecy.

Most girls would doodle his name with hearts in their notebook.

But Remi Stringer has never been like most girls.