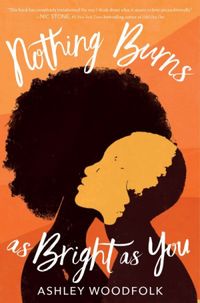 Nothing Burns as Bright as You

Two girls. One wild and reckless day. Years of tumultuous history unspooling like a thin, fraying string in the hours after they set a fire.

They were best friends. Until they became more. Their affections grew. Until the blurry lines became dangerous.

Over the course of a single day, the depth of their past, the confusion of their present, and the unpredictability of their future is revealed. And the girls will learn that hearts, like flames, arent so easily tamed.

It starts with a fire.

How will it end?