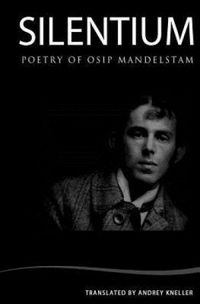 bilíngue EN/RU.
Osip Mandelstam (January 15, 1891 - December 27, 1938) was a Russian poet and essayist, and a founding member of Acmeist school of Russian poetry. He is considered by many to be one of the most significant Russian poets of the twentieth century, along with Anna Akhmatova, Boris Pasternak, and Marina Tsvetaeva. Heavily censored and persecuted by the Soviet authorities for counter-revolutionary activities, he spent most of his later years in exile, until his death in Siberia. Presented in this dual-language selection are many of Osip Mandelstam's most beloved poems, carefully translated by Andrey Kneller.