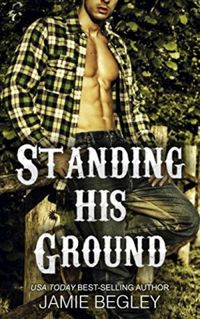 The Porter brothers were raised to live and die by Three Rules.
One, a Porter always keeps whats his.
Two, a Porter leaves no enemy standing.
Three

Greers been searching for love in all the wrong places. He wants kids  and lots of them, so its time to get busy and find the lucky woman to share his bed and his life. Though there isnt a lot to choose from in the small town of Treepoint, he has managed to narrow his choices down to three.

The strange thing is, the one hes falling in love with remains a mystery, hiding her face and name in the messages she sends from behind her computer. The mysterious woman may dodge his questions about her identity, but its only a matter of time before she finds out that this Porter brother wont back away from something he wants, and he wants her.

Come hell or high water, he will find the one who goes by KentuckyGirl and make her his, despite what anyone says, even her. And KentuckyGirl is going to find out the last Porter rule the hard way: A Porter always stands his ground and leads his prey into his waiting arms

*WARNING*
This work of fiction is intended for mature audiences only. All sexually active characters portrayed in this ebook are eighteen years of age or older. Please do not buy if strong sexual situations, multiple partners, violence, drugs, domestic discipline, and explicit language offends you.