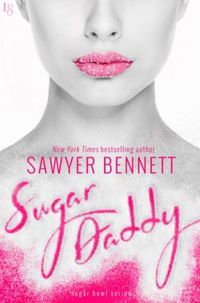 Sela Halstead lost her innocence in a way that no sixteen-year-old should ever have to endure. Shes spent years trying to forget that night even while wondering about the identities of the monsters who brutalized heruntil a telltale tattoo flashes across Selas TV screen. The incriminating ink belongs to Jonathon Townsend, the millionaire founder of The Sugar Bowl, a website that matches rich older men with impressionable young women. Obsessed with revenge, Sela infiltrates Townsends world, only to come face-to-face with a tantalizing complication: Beckett North, his charismatic business partner.

The tech mastermind behind The Sugar Bowl, Beck always gets what he wants, in business and in bed. And yet, for a man whos done every dirty thing imaginable, theres something about the naïve, fresh-faced Sela that sparks his hottest fantasies. Because with her, its not just about sex. Beck opens up to her in ways he never has with other girls. So why does he get the feeling that shes hiding something? In a world of pleasure and power, the shocking truth could turn them against each otheror bind them forever.

USA Today Best-Selling Author, Sawyer Bennett is a snarky southern woman and reformed trial lawyer who decided to finally start putting on paper all of the stories that were floating in her head. She is married to a mobster (well, a market researcher) and they have...