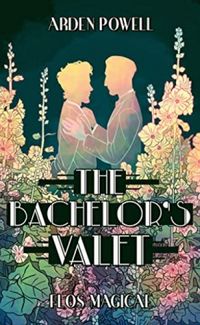 Alphonse Hollyhock is blessed with wealth, class, and more beauty than brains. Though he hasn't got a lick of wit or magic to his name, he's perfectly content living life as an airheaded bachelor with his valetthe clever, unflappable Jacobiby his side to ensure everything runs smoothly. All he lacks, according to his mother, is a wife.

Despite Alphonse's protests, he's to marry Aaliyah Kaddour: a bright, headstrong young woman who would probably be charming company if she didn't threaten everything about Alphonse's way of life. Marrying means giving up his fashionable flat, his fast car, and, worst of all, it means losing Jacobi.

Perhaps most distressingly, this talk of marriage is bringing all sorts of confusing feelings to the forefront. Because rather than falling for the beautiful girl being pushed into his arms, Alphonse seems to be falling for his valet. Except a man can't fall in love with another man. Can he?

Meanwhile, Aaliyah has plans of her own. She's as devious as she is pretty, but if Alphonse wants to get through this marriage business in one piece, he'll have to trust her. Her and Jacobi, and, most dangerously, his own feelings.