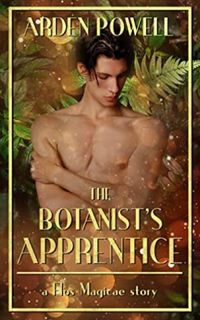 Recent college graduate Eli Katz is desperate to continue his studies in the field of magical botany. When a family friend arranges an apprenticeship for him with the most famous botanist in the country, Eli leaps at the chance without asking questions.

Robert Lord-Harding is a reclusive bachelor with an interest in dangerous plants. What he's not interested in is another apprenticeespecially not after the scandal of his last one. But, intrigued by Eli's research, he offers Eli the chance to prove himself and earn access to his greenhouse.

Ever the keen student, Eli thrives under the attention. And if Lord-Harding is younger and more attractive than Eli had imagined, and if his teaching methods are more hands-on . . . Well, it's not the first time Eli has had a crush on an instructor. It doesn't mean he has to act on it.

But Eli and Lord-Harding aren't the only ones in the greenhouse. A carnivorous plant that emits pheromones to lure men into its deadly embrace has been watching them flirt for weeks. Its pollen is irresistible, and it has certain effects on male physiology that make it impossible to ignore. Eli and Lord-Harding might be able to resist their attraction to each other, but resisting the man-eater is something else altogether