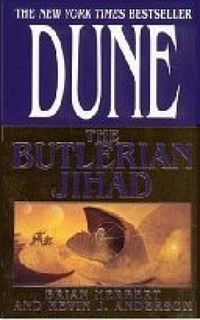 Ten thousand years before the fall of the Imperial House Corrino, two grand interplanetary organizations ruled the known universe: the Synchronized Worlds, presided over by thinking machines led by the evermind called Omnius, and the League of Nobles, beleaguered survivors of the machines revolt against the Old Empire. In this era, a few individuals determined to overturn the rule of the machines sought every opportunity to gain insights into ways to defeat the human race s most intractable enemy. This book reveals the origins of the Spacing Guild and the Bene Gesserit, as well as the root of the ancient feud between Houses Atreides and Harkonnen.