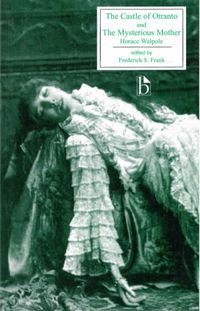 The Castle of Otranto and The Mysterious Mother

This Broadview edition pairs the first Gothic novel with the first Gothic drama, both by Horace Walpole. Published on Christmas Eve, 1764, on Walpoles private press at Strawberry Hill, his Gothicized country house, The Castle of Otranto became an instant and immediate classic of the Gothic genre as well as the prototype for Gothic fiction for the next two hundred years. Walpoles brooding and intense drama, The Mysterious Mother, focuses on the protagonists angst over an act of incest with his mother, and includes the appearance of Father Benedict, Gothic literatures first evil monk. Appendices in this edition include selections from Walpoles letters, contemporary responses, and writings illustrating the aesthetic and intellectual climate of the period. Also included is Sir Walter Scotts introduction to the 1811 edition of The Castle of Otranto.