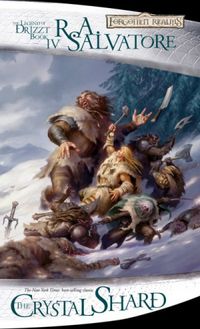 Editora: Wizards of the Coast

The fourth in a series of premiere hardcover editions of Salvatore's classic dark elf tales.

This new release of the classic R.A. Salvatore novel continues the classic tale of Salvatore's signature dark elf character Drizzt Do'Urden. Although this was the first title actually published about Drizzt, it has now been placed in its proper chronological order as fourth in the series. Each title in the Legend of Drizzt series showcases the classic dark elf novels in new, deluxe hardcover editions. Each title will feature all new cover art and new introductions written by those who have become familiar with Salvatore and Drizzt over the years.

--This text refers to an out of print or unavailable edition of this title.