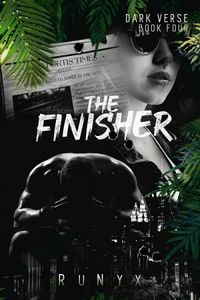 A Dark Marriage of Convenience Romance

A Dark Marriage of Convenience Romance

What happens when a beast of blood finds a bride of light in the land of death?

Growing up on the streets of Los Fortis, Alessandro 'Alpha' Villanova scrapped his way to the top, fighting for his very survival, losing everything in the process. A city that shunned him then is now the one he rules, albeit alone, as the king of a dark empire few know about.

Far from Alpha's world, Zephyr de la Vega has a normal life, normal family, normal drama. Her biggest problem is people trying to make her lose a few pounds. When a chance encounter puts her on his path, she makes a proposition that changes the course of their lives.

As a killer goes on a spree in Alpha's city, taking apart his scarred empire corpse by corpse, and The Syndicate comes into play, their partnership evolves into something deeper, more enduring, more powerful than either of them anticipated.

A new order is born.

The Finisher is not a standalone. Reading the series in order is highly recommended.

RuNyx enjoys creating universes and setting them on fire. She loves to travel, wants to adopt a dog before 30 and learn different languages. When she's not writing, she's reading, traveling, meditating, daydreaming, and most of all, procrastinating. Even though ...