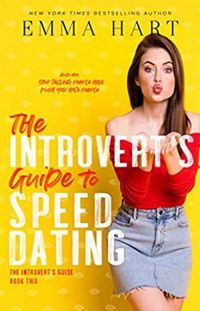 The Introvert's Guide to Speed Dating

Speed dating: the act in which you have two minutes to figure out how much of a jerk someone is. And pretend like you dont have the hots for your sons soccer coach.

After four years living the single life, its decided that I, London Stuart, am back on the market.

Im not even mad when my cousins and best friends put my name down for the speed dating sessions. In fact, Im actually a little excited about it.

Oliver Hayes is too good to be truehes tall, dark, handsome, hilarious, and he genuinely loves kids. Especially mine. But hes not sure if hes even staying in the country, and Im not sure I can handle giving him my heart if hes only going to leave.

So why is he over for dinner almost every night? Why is he giving Leo private goalie sessions in the backyard? Why is he sending flowers to my desk at the newspaper?

And why, oh why, cant I stop kissing him?