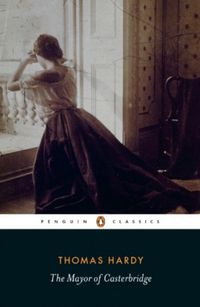 The Mayor of Casterbridge Thomas Hardy

The Mayor of Casterbridge

In a fit of drunken anger, Michael Henchard sells his wife and baby daughter for five guineas at a country fair. Over the course of the following years, he manages to establish himself as a respected and prosperous pillar of the community of Casterbridge, but behind his success are always lurking the shameful secret of his past and a personality prone to self-destructive pride and temper. Subtitled 'A Story of a Man of Character', Hardy's powerful and sympathetic study of the heroic but deeply flawed Henchard is also as intensely dramatic work, tragically played out against the vivid backdrop of a close-knit Dorsetshire town.

This edition includes an introduction, chronology of Hardy's life and works, the illustrations for the original serial issue, place names, maps, glossary, full explanatory notes as well as Hardy's preface to the 1895 and 1912 editions.

Resenhas para The Mayor of Casterbridge (2)

Bella
4
Breathtaking. Thomas Hardy is able to create an entire atmosphere of love, family issues, intrigues and fate. The book happens in the 19th century in the city of Casterbridge, which is carefully described. By the end you get the full portrait of this alive place, in all its particularities. The mayor of Casterbridge, called Henchard, lives a very disturbed life. Some misfortunes happen that can only be explained by unlucky. The hand of fate is very strong throughout the story. When thi... leia mais