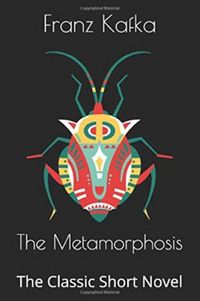 The Metamorphosis" (original German title: "Die Verwandlung") is a short novel by Franz Kafka, first published in 1915. It is often cited as one of the seminal works of fiction of the 20th century and is widely studied in colleges and universities across the western world. The story begins with a traveling salesman, Gregor Samsa, waking to find himself transformed into an insect. This hugely influential work inspired George Orwell, Albert Camus, Jorge Louis Borges, and Ray Bradbury, while continuing to unsettle millions of readers.

Franz Kafka was born in 1883 in Prague, where he lived most of his life. During his lifetime, he published only a few short stories, including The Metamorphosis, The Judgment, "Amerika", "The Trial", and The Stoker. He died in 1924, before completing any of his full-length novels. At the end of his life, Kafka asked his lifelong friend and literary executor Max Brod to burn all his unpublished work. Brod overrode those wishes.